Why is Sufism Important for Learning Islam?

by Sufia June 9th, 2011 in Islamic Belief, Islamic Topics with No Comments 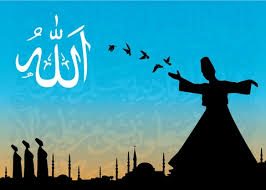 Islam is not only a religion but also Deen of every human being on this planet till the day of resurrection is formed. The true believer following the true path of Islam is bound in an agreement with Allah SWT to contemplate and meditate. Unconditional surrender to the ascendancy and supremacy of Quran and Sunnah is an obligation meant to be fulfilled for the eternal success here and hereafter.

As Allah SWT says in Holy Quran that ‘And to Him belongs all, there is in the heavens and the earth, and Deen is (rightly) His alone. Why is it, then, that you fear others the way you should fear Him (alone)? (Holy Quran 16:52)’

The Religion is not exactly the same like Deen. Deen is the complete code of life and it is not limited to the individual being or meant for his or her own salvation but it is for the whole of mankind. It has a vast meaning and has so much depth in it that cannot be completely comprehended unless the person seeks a teacher. He or she needs someone to help him understand the Deen e Islam or Deen al Haq.

Someone they need who walked on the path of Saleh and Falah or true path. Somebody who contemplated gave up on worldly desires of earning money, designation and fame but also eliminated every such desire that urged him or her to not to learn the Deen. Such a person is called the Sufi. Sufi is whom who wishes to follow the path of the true followers. The true followers of Deen are called Saints, and Sufism is what they taught to their pupils. The teaching of Saints is the real way of learning the religion and Deen of Islam. So, Sufism is the that light and source of illumination that controls, eradicates the darkness of heart and enhances the visionary skills to understand the religion and Deen e Islam.